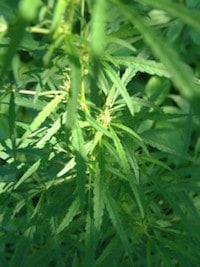 This January, the Wisconsin Court of Appeals dismissed as defective an appeal for misdemeanor marijuana possession. The case demonstrates that the state still takes marijuana prosecution seriously despite the national trend towards legalization.

Jerry D. Butler was charged with disorderly conduct after an altercation with his neighbors on February 26, 2013 in Milwaukee. After Butler exposed a handgun during the argument, the neighbor called the police. According to the police, Butler gave them permission to search his car, where they found a gun and marijuana. Butler was arrested and charged with disorderly conduct. He was also given a citation for possession of marijuana.

On April 21, 2014, Butler was tried in municipal court on the possession of marijuana charge. He was found guilty and was fined $386.00, including court costs. Butler appealed.

On March 12, 2015, the circuit court judge dismissed the case on its own motion. The reserve judge then requested that the matter be brought back to court. A court trial was held on May 28, 2015. The judge denied Butler’s motion to dismiss at the close of evidence and found him guilty of possession of marijuana.

Butler then appealed to the Wisconsin Court of Appeals. After his first attempt to file his opening brief, Butler received an order indicating that the court would not accept his brief because it did not comply with the rules of appellate procedure. The order specified that his submission did not include a table of contents, a statement of issues, or a table of authorities, and it lacked references to the record, among other deficiencies. The court directed Butler to the Appellate Help Desk for assistance, although the record was unclear as to whether Butler in fact sought help.

Shortly thereafter, Butler filed a document entitled “Brief in Support of Motion to Suppress Statement of Facts” on November 5, 2012. The City Attorney filed a brief in response on December 1, 2015. Butler did not file a reply brief.

Butler asked the appellate court to either dismiss his charge or hold an evidentiary hearing to determine the admissibility of evidence. The court concluded that Butler “clearly misunderstands the function of this court.” The appropriate place to raise motions concerning the admissibility of evidence, it explained, is the circuit court. The Wisconsin Court of Appeals does not hold evidentiary hearings.

Since Butler supplied no transcripts to support his request for dismissal, the appeals court had to assume under Wisconsin precedent that the missing transcripts supported the trial court’s ruling. The court also found that Butler violated “numerous” other requirements of appellate procedure. Thus, his appeal was dismissed as defective.

This case demonstrates that Wisconsin courts still take seriously minor marijuana charges. It also points out how hard it is to represent yourself in court, particularly at the appellate level. Butler’s case was never decided on the merits because he did not present his case properly to the Court of Appeals.

If you have been charged with a drug crime in Milwaukee, you should discuss your rights with a skillful criminal defense lawyer as soon as possible. To speak with a seasoned Wisconsin criminal attorney, contact the law offices of Reddin & Singer, LLP through our website or give us a call today at (414) 271-6400.