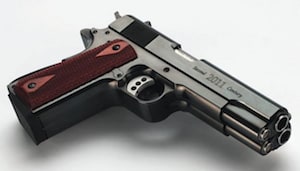 In United States v. Vang, a Wisconsin man was sentenced to serve 162 months in prison after he pleaded guilty to conspiracy to distribute methamphetamine, Ecstasy, and marijuana in 2011. At the time of sentencing, the court stated it based the man’s prison term on the factors enumerated in 18 U.S.C. § 3553(a).

After receiving his sentence, the convicted man pursued a sentence modification under 18 U.S.C. § 3582(c)(2) before the Eastern District of Wisconsin. Under the law, a district court is permitted to lower a convicted person’s sentence if it was based on a guideline that was later reduced by the Sentencing Commission. The United States government opposed the man’s request.

According to the federal court, the convicted man initially admitted to possessing drugs that weighed much more than the amount required in order to impose a 10-years-to-life prison sentence. In addition, the court stated the facts that the drug evidence was uncovered while investigating a known interstate gang, the man had guns in his possession, the man possessed a lengthy criminal record since joining the gang, and he later acquired a leadership role in the organization factored into his sentence. The court also stated it took several mitigating factors into account when imposing the man’s prison term.

Next, the Eastern District of Wisconsin stated it was not permitted to reduce the man’s sentence to less than the minimum imposed by the statute. The court then said the convicted man’s current sentence was higher than the minimum required under the law for the amount of drugs he admitted to possessing following his arrest. Because of this, the court stated it would assume for argument’s sake that the weight of the drug evidence was reduced to below the 10-years-to-life threshold when considering the man’s motion.

In response, the U.S. argued the man was not eligible to receive a reduction because he was sentenced using the factors outlined in 18 U.S.C. § 3553(a). The federal court stated it was permitted to make new findings on a § 3582(c)(2) motion in order to determine the man’s base offense level, as long as those findings were supported by the evidence included in the record and consistent with the findings made in the defendant’s original sentencing. After that, the court found that the man’s admitted offense was serious, his prior criminal record revealed attempted murder and attempted robbery offenses, and he returned to the gang even after being shot. In addition, the district court found it significant that the convicted man failed to provide the court with any evidence regarding his conduct following his initial sentencing.

Ultimately, the Eastern District of Wisconsin held that the man’s 162-month sentence reflected the seriousness of his drug crime, sufficiently protected the public, and served as a future deterrent. As a result, the court denied the man’s motion to reduce his criminal sentence.

If you were accused of committing a drug crime in Wisconsin, you are advised to discuss your rights with an experienced criminal defense lawyer as soon as possible. To speak with a hardworking Milwaukee criminal attorney today, contact the law offices of Reddin & Singer, LLP online or call us at (414) 271-6400.