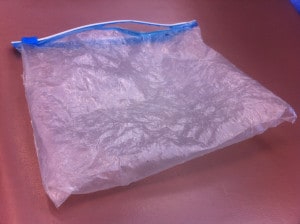 In an unpublished opinion, two police officers apparently noticed a vehicle that was parked in a Milwaukee alley with its lights off while on an early morning patrol. According to the officers, they approached the vehicle because the neighborhood in which it was parked was known for its violence and drug dealing. As the officers advanced towards the car, they noticed a second vehicle. In addition, a man and a woman were standing outside the vehicles.

When the officers approached the individuals, one allegedly noticed the man discard something by throwing it with his left arm. The woman was also purportedly holding a large amount of cash. The officers detained the man for questioning before speaking with a second man, who was sitting inside the car the first man was standing next to.

Upon questioning, the second man aroused the officers’ suspicion by changing his response several times. Next, one of the officers apparently shined his flashlight into the car in which the second man was sitting in order to look for weapons. Instead, the officer noticed a partially empty liquor bottle and a number of empty baggies. The officers then asked the second man to exit the vehicle. After the man refused, he was forcibly removed from the car. After that, the officers saw drugs placed between the two front seats. Ultimately, the officers discovered crack cocaine, Ecstasy, and marijuana.

The second man was charged with possession of the drugs with intent to deliver in violation of Wisconsin law. At a suppression hearing challenging the officers’ investigatory stop, the trial court found that the police officers acted reasonably when they approached the cars to inquire what was going on. In addition, the court said the actions of the individuals in the alley provided the officers with additional cause for suspicion. The court also stated the officers acted reasonably when they used a flashlight to determine whether the defendant was armed and when they asked the man to exit the car after discovering numerous baggies inside.

Following a jury trial, the defendant was convicted of the drug charges and sentenced to serve four years in prison, followed by two years of extended supervision. On appeal to Wisconsin’s First District, the convicted man argued the trial court committed error when it denied his suppression motion challenging the Milwaukee police officers’ investigatory stop.

The appellate court first stated it was required to uphold the lower court’s findings of fact unless they were clearly erroneous. Despite this, the First District stated it would review the trial court’s decision regarding constitutional questions de novo, or anew. After examining the facts of the case and stating the convicted man offered no witness or other testimony to refute the officers’ statements, the Court of Appeals held that the investigatory stop did not violate the Fourth Amendment to the United States Constitution. The court said the officers had a reasonable suspicion that a crime was occurring, was about to occur, or had just taken place. As a result, the Court of Appeals of Wisconsin, District I affirmed the man’s conviction.

If you were accused of committing a drug crime in Milwaukee, you should discuss your rights with a knowledgeable criminal attorney as soon as possible. To speak with a skillful Wisconsin criminal lawyer today, do not hesitate to contact the law offices of Reddin & Singer, LLP through our website or call us at (414) 271-6400.