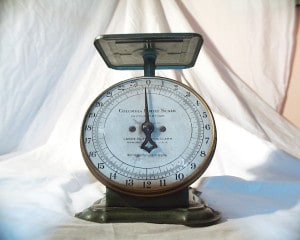 In certain extraordinary situations, a court will expunge, or seal, an individual’s criminal record. In United States v. Johnson, a Wisconsin man pleaded guilty to possession of cocaine with intent to distribute the drug in violation of 21 U.S.C. §§ 841. Due to a number of factors, including the man’s willingness to accept responsibility for his actions, his lack of a criminal history, and the man’s post-offense rehabilitation, the convicted man was ultimately sentenced to time served followed by five years of supervised release. The man completed his sentence in April 2014.

In 2015, the convicted man filed a motion for the expungement of his federal criminal record in the Eastern District of Wisconsin. Typically, an expungement proceeding occurs when an individual who was convicted of an earlier crime asks a court to seal the records associated with his or her criminal proceeding. In response to the man’s motion, the U.S. government filed a brief in opposition. Despite his expungement request, the convicted man failed to reply to the government’s opposition filing.

The Wisconsin federal court first examined the information included in the convicted man’s motion. According to the man, he maintained steady employment, obtained a college degree, became a partner in an agency dedicated to providing personal care services, and refrained from any significant legal trouble since his conviction. Despite this, the man argued his federal criminal record had the potential to keep his agency from obtaining certain crucial contracts and being hired by certain possible clients.

Next, the Eastern District of Wisconsin stated a district court has the power to order expungement when a convicted person faces “unwarranted adverse consequences” that outweigh the public interest associated with maintaining open criminal records. The court also stressed that there was a strong public interest against expunging a convicted criminal’s record. In addition, the federal court said a movant’s situation must be extraordinary in order to succeed in an expungement proceeding.

After examining the convicted man’s motion, the Eastern District of Wisconsin stated that the man failed to articulate any extraordinary circumstances that would merit expungement. Instead, the court said the man only expressed generalized fears about his proposed business prospects. The court added that the man admitted he was able to secure steady employment after his drug conviction in his request for expungement. Since no extraordinary circumstances that warranted granting the man’s motion for expungement existed, the Eastern District of Wisconsin denied his request.

An individual’s criminal record can have a long-term effect on his or her ability to successfully secure gainful employment. If you were accused of committing a drug offense in Wisconsin, you should discuss your rights with a knowledgeable criminal lawyer immediately. To speak with a hardworking Milwaukee criminal attorney today, contact the law offices of Reddin & Singer, LLP through our website or give us a call at (414) 271-6400.