Establishing the Intent to Deliver THC in Wisconsin 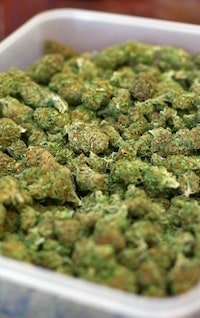 Wisconsin law criminalizes not only the use and possession of marijuana and related drugs, but also the intent to distribute drugs to others. Under Wisconsin Statute 961.41(1m)(h)(1), a defendant may be guilty of the crime of possession of THC with the intent to deliver if the state can show that (1) the defendant had THC in his possession; (2) the substance actually was THC; (3) the defendant knew that the substance was THC; and (4) the defendant intended to deliver the THC to another person. However, the actual facts necessary to support such a conviction can vary and are often a source of disagreement between state prosecutors and criminal defendants. A recent case in the Wisconsin Court of Appeals provides an example of “sufficient” evidence to sustain a conviction under the statute.

In State of Wisconsin v. Heart, the defendant, Germaine Heart, was observed by an undercover officer as a woman pulled up to his vehicle in a Walgreens parking lot, entered the backseat of his vehicle, appeared to take something from Heart, and then exited the vehicle. As she was leaving, the undercover officer noted that she was carrying a plastic bag. He immediately requested a marked police car to investigate Heart. Upon arriving at the scene, Officer Johnson of the Milwaukee Police observed that Heart was using a metallic object, which turned out to be a scale. He was fidgeting around the car and appeared to be moving a green substance that looked like marijuana. When he noticed Officer Johnson, he attempted to exit the car and run away, but he was stopped. Upon a further investigation of the car, the officers found marijuana in the vehicle, a silver scale, multiple cell phones and baggies, and a significant amount of cash. All of this evidence was presented to the jury at trial, and Heart was convicted.

On appeal, Heart did not contest that he was in possession of a substance that was marijuana or that he knew the substance was marijuana. Instead, he argued that the prosecutor had not provided sufficient evidence to show that he intended to distribute or sell the marijuana. Heart took the position that the State was required to provide expert testimony to show his intent to distribute, which they had not done. Alternatively, Heart argued that while the police had uncovered evidence such as the scale, plastic baggies, and cash, they could not directly link Heart to these items because they had not seen him using them.

The Wisconsin Court of Appeals rejected both arguments. It found, first, that expert evidence was not required to establish intent, and intent could be inferred from the evidence at trial, including testimony by the undercover officer regarding his observance of a likely drug deal, as well as all of the items found in the vehicle. Second, the court held that although the officers did not directly observe Heart using the scale or plastic baggies, the totality of the evidence, including the fact that the items were found in his car, could support a finding that he intended to distribute the drugs in his possession. Accordingly, the Court of Appeals affirmed.

If you are facing charges for a possible drug crime in Milwaukee, including possession or intent to distribute, you should discuss your legal options with a knowledgeable criminal defense lawyer as soon as possible. To speak with a seasoned Wisconsin criminal attorney, contact the law offices of Reddin & Singer, LLP through our website or give us a call today at (414) 271-6400.