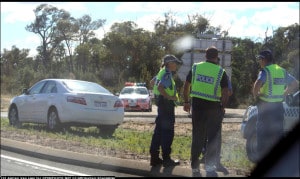 The Fourth Amendment is a vast area of law that is typically implicated when there is a search and/or seizure issue. Unfortunately, it is common for police officers to be overzealous and stop individuals when there is no legal basis to do so. In a recent Wisconsin case, State of Wisconsin v. Brown, the court addressed the legality of a traffic stop that initially began due to a defective tail light violation but ultimately ended in charges of felon in possession of a firearm against the defendant.

The defendant challenged the stop and subsequent charges stating that the officer’s interpretation of “defective” was flawed under the relevant Wisconsin statute. The defendant explained that only one out of the three light bulbs in the tail light was faulty, which did not meet the definition of “defective” under Wisconsin law. The defendant filed a motion to suppress the evidence recovered through the officer’s search on the basis that the stop was not “reasonable” and thus amounted to an unconstitutional violation of his Fourth Amendment rights.

The case is important because it highlights that an officer’s “good faith” mistaken interpretation of the law will not make an otherwise unreasonable stop reasonable. In other words, an officer’s “good faith” mistake regarding the law cannot be used to circumvent the constitutional requirements that are necessary for a valid stop. Wisconsin is in the majority of states in that a lawful stop in the state cannot be predicated upon a mistake of law. This principle was reinforced in Brown, where the court held “an officer’s good-faith mistake of law, or for that matter a bad-faith mistake of law, has no effect on the validity of a traffic stop.” Instead, the relevant question is whether “the facts apparent to the officer objectively establish probable cause that a crime has been committed, or reasonable suspicion that the law has been, is being, or will be violated.”

If you are facing criminal charges, having solid legal representation on your side can make all the difference in your case. At Reddin & Singer, our highly skilled Milwaukee criminal defense attorneys can help you understand the implications of the charges against you. We routinely handle Fourth Amendment cases and are well-versed in this area of law. We will scrutinize the specific details of your case and confer with you about your legal rights and options. To learn more, contact us online or call us at (414) 271-6400.