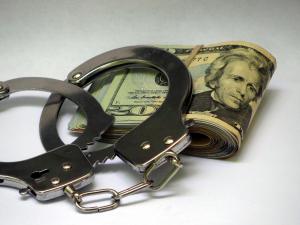 District II of the Wisconsin Court of Appeals has found that the doctrine of issue preclusion does not bar a state court from litigating issues previously decided in federal court when the governments were not acting on each other’s behalf. In State v. Jackson, a Kenosha County man was arrested at home following a domestic disturbance with his live-in girlfriend. According to the woman, the fight turned physical after the man requested that she move out. She allegedly told local police that her boyfriend was in possession of a handgun even though he was a convicted felon. At the time of the man’s arrest, police were unable to locate a gun.

The following day, law enforcement officials contacted the girlfriend and asked her to provide them with access to the man’s residence. After the girlfriend apparently unlocked the man’s home using a key, law enforcement officers allegedly discovered cocaine, drug paraphernalia, ammunition, a gun lock, and about $8,000 in cash. After that, the State of Wisconsin charged the man in Kenosha County Circuit Court with possession of drug paraphernalia and possession of cocaine with intent to deliver. In addition, the United States government charged the man with being a felon in possession of ammunition.

Next, the man filed a motion to suppress the incriminating evidence in both state and federal court. According to the man, his girlfriend lacked the authority to consent to the warrantless search of his home because he was the sole lease holder and he asked her to move out. After the federal court granted the man’s motion and suppressed the evidence obtained during the search, he asked the Wisconsin court to summarily grant his suppression motion based on the doctrine of issue preclusion. In general, issue preclusion bars a subsequent action where a judgment regarding the same question of fact or law was previously issued.

On appeal, the court stated the concept of issue preclusion only “limits the relitigation of issues actually decided in a previous case.” In order to determine whether an issue is precluded, the court said it must analyze whether: (1) the parties had a sufficient identity of interest or were in privity, and (2) applying the doctrine of issue preclusion would be fair. According to the appellate court, Wisconsin was not a party to the federal proceeding. In addition, the court said the parties were not in privity because the state was not substantially controlled or represented by the federal government. As a result, the appeals court said it need not reach the issue of fairness.

Since the state was not a party to the federal criminal case and the two governments were not representing the same legal interest when they prosecuted the man on separate and distinct charges, the Wisconsin Court of Appeal overturned the lower court’s order suppressing the evidence of the drug offenses.

If you or someone you know was the subject of a search or seizure without a warrant, you should seek the guidance of a knowledgeable Milwaukee criminal defense lawyer who can assess your situation and make sure police conduct was within the parameters of the law. To learn more about your rights and options, contact the law offices of Reddin & Singer, LLP online or give us a call at (414) 271-6400. We may also be reached through our phone number (414) 271-6400.