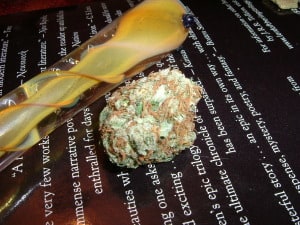 Recently, two Wisconsin Native American tribes announced plans to legalize marijuana on tribal lands. The Menominee and the Ho-Chunk Nations reportedly believe growing and selling marijuana could be a larger financial boom to tribal members than casinos. Not long before the announcement, the Santee Sioux tribe in South Dakota stated it had plans to open the nation’s first marijuana resort.

According to a 2014 United States Justice Department memorandum, individual United States Attorneys’ offices apparently have the discretion to determine whether to enforce federal marijuana laws on tribal lands. The memo suggests that marijuana-related activity occurring on a reservation need not be prosecuted unless larger criminal activity results from it. Still, efforts to begin growing and selling the drug may require negotiations between individual tribes and the U.S., since marijuana is currently illegal under federal law.

Currently, 23 states have legalized marijuana possession in some form, but the use of marijuana for any reason is still illegal in Wisconsin. Despite federal laws that provide for tribal autonomy from the states, the relationship between Native American tribes and the State of Wisconsin is complex. In 1953, Public Law 280 granted six states, including Wisconsin, jurisdiction over criminal offenses committed by or against Native Americans while on tribal lands. The Menominee Nation is the only Wisconsin tribe excluded from this law. As a result, the Menominee are only required to comply with federal and tribal laws, while the Ho-Chunk Nation and all other Wisconsin tribes are also bound by state laws. This summer, Wisconsin Attorney General Brad Schimel reportedly stated his office would work to shut down marijuana sales or grow operations on tribal lands located in Wisconsin.

In August, more than 76 percent of Menominee Nation members voted in favor of legalizing medicinal marijuana on tribal lands. Additionally, almost 58 percent of members approved a referendum that would allow individuals over age 21 to use the drug for recreational purposes. Still, Tribal Chairman Gary Besaw believes it is important for the Menominee to move forward with care and perform necessary due diligence. Although legalizing marijuana may increase revenues for the tribe, doing so is not without its risks. For example, authorities in marijuana-friendly California raided a medicinal marijuana grow operation that was maintained by the Alturas and Pit River tribes in July.

If you have been charged with marijuana possession in Wisconsin, you should discuss your case with a knowledgeable criminal lawyer as soon as possible. To speak with an experienced Milwaukee drug crimes attorney today, contact the law offices of Reddin & Singer, LLP through our website or give us a call at (414) 271-6400.

A ‘deal with the devil’? Native American tribes push for marijuana legalization, by Zoe Sullivan, The Guardian