Legalization vs. Decriminalization of Marijuana 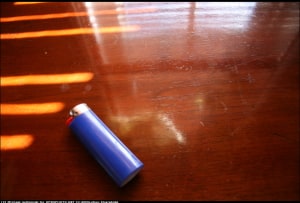 There has been a lot of debate surrounding the legalization and decriminalization of marijuana throughout the United States. Some states allow the use of medical marijuana, while states like Colorado and Washington have even legalized recreational use of the drug. Legislators in many cities, municipalities, and states are pushing proposals for decriminalization in the upcoming ballots.

While the debate about “legalization” and “decriminalization” forges ahead, the terms are often mistakenly used interchangeably. However, there is more than just a semantic difference between the two. Legalization would mean that one may possess or use the drug according to the guidelines and limitations governing marijuana use. Typically, these guidelines will be codified by a state statute that will state the amount of marijuana an individual can possess. If marijuana is legalized in a particular state, individuals using marijuana as allowed under state law will not face any criminal charges because they will not be engaging in any illegal activity.

Decriminalizing marijuana would not mean individuals can use the drug with impunity. Instead, decriminalization simply means that individuals possessing or using marijuana will be subject to punishment in the form of a fine rather than a jail sentence. In other words, marijuana use will not result in a criminal record and possible jail time.

Wisconsin does not currently have laws legalizing marijuana for medical or recreational purposes. Under Wisconsin law, the possession and distribution of marijuana is illegal. If you have the drug in your possession or are caught driving under the influence of marijuana, you could face stiff penalties, including a fine and potential jail time. The severity of the penalty will depend on the amount of marijuana in an individual’s possession as well as whether he or she intended to sell that marijuana.

It is important to note that there is no minimum amount of marijuana that is required for an individual to be convicted of a criminal offense. In other words, if you have a very small amount of marijuana, you can still be charged for possession. Additionally, the second offense will be a felony. If a person is convicted of a felony, he or she will not be able to possess or own any firearm for the rest of his or her life. The practical implications of these laws are that marijuana possession of as little as two joints (one for the first conviction, and one for the second) could lead to an individual being designated as a convicted felon.

If you or someone close to you has been arrested for a drug charge, it is imperative to contact an experienced attorney. At Reddin & Singer, our highly skilled Milwaukee drug crimes attorneys will work diligently to protect your rights. We will help assess the merits of your case and determine the most appropriate course in terms of avoiding a criminal conviction. We understand that facing any type of criminal charge is stressful for you and your family, which is why we are committed to handling your case with the utmost compassion. For more information, please do not hesitate to contact us online or call us at (414) 271-6400.