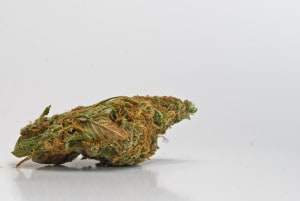 A Wisconsin police officer may temporarily detain an individual if the officer has a reasonable suspicion the person has committed or is in the process of committing a crime. In State v. Martin, an Oshkosh police officer entered a bar in an effort to execute an arrest warrant. While inside the establishment, the officer apparently stopped outside the men’s restroom in order to speak to a colleague. During the exchange, another man exited the restroom. The officer then entered the bathroom to look for the subject of the arrest warrant. Although the bathroom was empty, the officer allegedly detected a strong marijuana odor. The officer then unsuccessfully searched the restroom for any evidence of the drug.

Next, the police officer asked his colleagues to verify the marijuana smell in the restroom. After his colleagues confirmed that the smell in the bathroom was marijuana, the officer apparently approached the man he saw exiting the bathroom. The officer supposedly asked the man for permission to search his person, and he refused. Following a brief conversation, the man allegedly admitted to having marijuana on his person. A subsequent search of the man’s pockets revealed not only marijuana but also drug paraphernalia and cocaine.

The man was arrested and charged with possession of marijuana. Following an unsuccessful motion to suppress the drug evidence, the defendant ultimately pleaded no contest to the possession charge. After he was sentenced, the convicted man filed an appeal with Wisconsin’s Second District Court of Appeals, claiming the drug evidence should have been suppressed because the police officer lacked a reasonable suspicion to justify detaining him.

Before the appellate court, the defendant argued that the lower court’s findings of fact were insufficient to justify the officer’s investigatory stop of him. According to the appellate court, an investigatory stop is valid when a law enforcement officer has a reasonable suspicion to believe the subject of the stop has committed or is in the process of committing a crime, based on the officer’s experience and training. In addition, the court said the reasonableness of a detention “depends on the totality of the circumstances.”

After examining the facts of the case, the Court of Appeals found that the officer had a reasonable suspicion on which to briefly detain the defendant. Based on the officer’s credible testimony, the law enforcement official and his colleagues detected a marijuana odor in the empty bathroom after witnessing the defendant exit the room. The court stated this provided a reasonable suspicion that a crime was committed or being committed by the defendant. The court added that no other individuals were seen entering or exiting the restroom around this time. As a result, the appellate court dismissed the defendant’s claim that he was singled out when many people were in the area at the time.

Ultimately, the Court of Appeals of Wisconsin, District II affirmed the lower court’s order denying the defendant’s motion to suppress the drug evidence and affirmed his conviction.

If you have been accused of marijuana possession in Wisconsin, you should discuss your case with a seasoned criminal defense lawyer as soon as possible. To speak with a knowledgeable Milwaukee drug crimes attorney today, do not hesitate to contact the law offices of Reddin & Singer, LLP online or give us a call at (414) 271-6400.