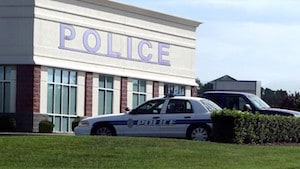 The Court of Appeals of Wisconsin, District I has upheld a trial court’s order denying a defendant’s motion to suppress drug evidence obtained following a warrantless search of a residence. In State v. Breska, an 82-year-old Wisconsin woman went to a local police station to report that she was beaten by her adult grandson in her Wauwatosa home. According to the woman, the grandson often slept in her basement, where the elderly woman’s daughter also lived. After local police processed the woman’s complaint, law enforcement officers went to the home to arrest the grandson.

Upon arriving at the residence, the officers initially knocked on the doors and windows of the home in an attempt to get the grandson to come outside for questioning. When the grandson failed to answer the door, police obtained a key from the grandmother. The elderly woman also provided the officers with permission to search her house.

Next, police entered the home through an exterior door that led to the basement stairway. The officers announced their presence, and the grandson came upstairs, where he was placed under arrest for battery. While performing a protective sweep of the house, police apparently found cash and drugs in plain view on a nightstand in the basement. After again obtaining the grandmother’s permission to search the house, law enforcement officers allegedly uncovered more than $400 in cash, 180 grams of marijuana, baggies, and a B.B. gun.

At the police station, the grandson was interviewed about his drug possession, use, and sales. The grandson also provided officers with consent to search his mobile telephone. After that, he was charged with possession of marijuana with intent to deliver.

Prior to trial, the defendant filed a motion to suppress the drug crime evidence uncovered in his grandmother’s basement as well as his own incriminating statements. According to the defendant, police manipulated his grandmother into providing her consent for the warrantless search of the residence. The trial court denied the defendant’s motion, and he entered a plea of guilty in the case.

On appeal to the Court of Appeals of Wisconsin, District I, the defendant argued the trial court committed error when it denied his motion to suppress the drug evidence uncovered at his grandmother’s home and his own admissions. According to the Court of Appeals, a search warrant is not required when law enforcement officials secure consent prior to conducting a search. Still, there must be clear and convincing evidence to demonstrate that consent was obtained. In addition, consent must be voluntarily provided. After examining the facts of the case, the appellate court held that the trial court properly determined the grandmother voluntarily provided police with consent to search her home.

The court then dismissed the defendant’s claim that he had “an overriding privacy interest in the basement” because the man admitted that he shared the space with other individuals. As a result, the appellate court said he had no reasonable expectation of privacy.

Since the record demonstrated that the defendant’s grandmother voluntarily consented to the warrantless search of her basement, the Court of Appeals of Wisconsin, District I affirmed the trial court’s order denying the defendant’s motion to suppress the drug evidence obtained as a result of the search.

If you were charged with a drug crime in Milwaukee, you should discuss your rights with a skillful criminal lawyer as soon as possible. To speak with a seasoned Wisconsin criminal attorney, contact the law offices of Reddin & Singer, LLP through our website or give us a call today at (414) 271-6400.