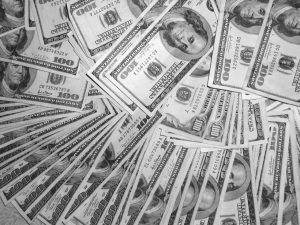 In Cruz-Hernandez v. Fund of $271,080, the Cruz-Hernandez brothers were identified as potential participants in a drug trafficking scheme after a home invasion was reported at the house where they lived. When police arrived at the house, they found a handgun and a small amount of marijuana inside the premises. A drug dog also alerted them to potential drugs inside a vehicle that was parked outside the house. After police obtained a warrant to search the vehicle, they found $271,080 in cash inside but no drugs. Since no drugs were found, the police did not bring charges against the Cruz-Hernandez brothers. However, they did institute a civil forfeiture action to seize the large amount of cash that was discovered. They alleged that the money clearly had been used or would be used to facilitate drug trafficking.

In response, the Cruz-Hernandez brothers stated that the money had no relation to any drug activity but was all of the savings that they had accumulated during their years of working. The government moved for summary judgment, arguing that a jury could reasonably find, based on the evidence, that the money must have been obtained through drug trafficking. It relied on the evidence obtained in the house, the alerts from the drug dog, and the questionable circumstances of keeping such a large amount of cash in a vehicle. In contrast, the Cruz-Hernandez brothers argued that a jury could just as reasonably find that the money was not a result of their drug-trafficking activities, given that they lived in the home with six other people, and no evidence of drugs or drug paraphernalia, beyond the small amount of marijuana, had been found anywhere on the premises. Ultimately, the trial court granted the government’s motion for summary judgment.

On appeal, the Cruz-Hernandez brothers contended that the trial court’s decision was in error because a jury could reasonably find that either party’s explanation for the large amount of money was correct. The brothers asserted that there were genuine disputed facts as to whether the money came from drug trafficking or from their diligent saving over the years. Under the federal summary judgment standard, summary judgment is appropriate only when there are no issues of disputed fact, and a jury could only reasonably find one possible outcome.

The Seventh Circuit agreed. It noted that there were facts to support the Cruz-Hernandez brothers’ version of events, including tax returns that showed that they had made a substantial amount of income over the years and a noticeable lack of evidence to suggest ongoing drug activity. Under such circumstances, the Seventh Circuit determined that a reasonable juror could decide that the government had not met its burden of proving a connection between the drug trafficking and the money, and civil forfeiture was not appropriate. Accordingly, it reversed the summary judgment ruling.

When drug crimes occur or are believed to have occurred, many types of property may suddenly become “up for grabs” by local law enforcement. If you are a criminal defendant facing drug-related charges, it is possible that you may be subjected to a civil forfeiture action. However, just because drug crimes are alleged does not mean that the government can take anything it wants from you. An experienced criminal defense attorney can help you fight back against unwarranted civil forfeiture. To speak with an experienced Wisconsin drug crimes attorney, contact the law offices of Reddin & Singer, LLP through our website or give us a call today at (414) 271-6400.