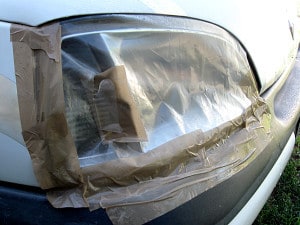 In an unpublished opinion, a driver was stopped by a Wisconsin State Trooper due to a malfunctioning headlight. After the law enforcement officer turned on his emergency lights, it apparently took the motorist about 10 seconds to apply the brakes and pull over onto the right shoulder of the roadway. When the Trooper neared the vehicle, he allegedly smelled marijuana. In addition, the driver purportedly had bloodshot eyes. Because of this, the law enforcement officer called for back-up.

When a second State Trooper arrived, he also smelled marijuana emanating from the car. After that, the original Trooper administered a field sobriety test on the driver. According to police, the motorist admitted to being under the influence of marijuana during the test. As a result, the man was arrested for operating a motor vehicle while intoxicated. In addition, the Troopers conducted a search of the automobile. In their search, the law enforcement officials uncovered rolling papers, a lighter, a small amount of marijuana, and other drug paraphernalia.

Next, the Troopers took the driver to a local hospital for a blood draw. Two vials of blood were drawn and sealed before they were given to the Trooper and mailed to the Wisconsin Hygiene Lab on March 10, 2013. According to testimony that was provided at trial by a lab worker, the driver’s blood arrived in two sealed vials nine days later. The blood was then tested for intoxicating substances on March 21st.

The first THC test that was conducted on the blood sample was apparently invalid. On July 5, 2013, a second laboratory report stated the motorist’s blood tested positive for THC. At trial, the driver objected to the admission of the lab results due to chain of custody concerns. Despite this, the trial court admitted the evidence and found the man guilty of operating a vehicle with a detectable amount of a controlled substance in his system. The motorist then appealed his case to Wisconsin’s Second District Court of Appeals.

According to the appellate court, a “perfect chain of custody is not required” in a criminal case. Instead, there must be sufficient evidence that the blood specimen was not exchanged or tampered with. The court said such a determination was within the discretion of the trial court in Wisconsin. The court added that any gaps in such a chain of custody should be considered when examining the weight of the evidence rather than its admissibility.

After examining the evidence in the case, the court said the driver failed to demonstrate there was any tampering or mix-up with regard to the blood evidence. In addition, the court stated there was adequate evidence to authenticate the blood specimen. Since the trial court appropriately exercised its discretion when admitting the evidence at issue, Wisconsin’s Second District Court of Appeals affirmed the lower court’s conviction in the case.

If you were charged with a drug crime in Wisconsin, you should discuss your rights with a veteran criminal lawyer as soon as possible. To speak with a hardworking drug crimes attorney, do not hesitate to contact the law offices of Reddin & Singer, LLP through our website or give us a call at (414) 271-6400.