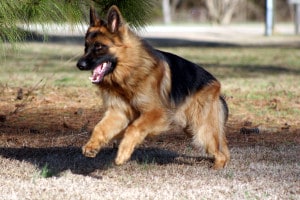 A Wisconsin law enforcement official may search a suspect the officer has not placed under arrest if the officer believes contraband will be uncovered based on the totality of circumstances. In an unpublished opinion, a Sheboygan police officer made a traffic stop after he apparently noticed an automobile was operating with suspended license plates. After making the stop, the officer discovered the driver’s operator’s license was also expired. The law enforcement official then asked the passenger for identification and learned that the man had an outstanding warrant from another state for allegedly selling marijuana. According to the officer, he then called a K-9 drug sniffing unit to assist him.

Next, the K-9 unit examined the vehicle for drugs. The dog apparently indicated there was marijuana shake in the ashtray, on the floor, and in a seat pocket of the vehicle. After that, the police officer began searching the passenger’s pockets. During the search, the passenger purportedly began to flee the area. Not long after the passenger was caught, law enforcement officials allegedly found a baggie full of cocaine along his path of travel. As a result, the passenger was charged with possessing cocaine, obstructing an officer of the law, and both misdemeanor and felony bail jumping.

At trial, the defendant sought to exclude the drug evidence uncovered by the Sheboygan police. The defense asserted that the evidence resulted from an illegal search. After the trial court denied the defendant’s motion, a jury convicted him of the drug and obstruction charges. The defendant then filed an appeal with the Court of Appeals of Wisconsin, District II. On appeal, the defendant claimed the search of his person exceeded the police officer’s authority because the defendant was not under arrest.

The appellate court said the Fourth Amendment to the United States Constitution and Article I, Section 11 of the Wisconsin Constitution both protect citizens from an unreasonable search. Although warrantless searches are typically unreasonable, exceptions do exist. The court stated one of those exceptions includes the search of a suspect law enforcement officials have probable cause to arrest. The court added that probable cause is determined based on the totality of the circumstances.

According to the appeals court, the police had probable cause to believe there was marijuana on the defendant’s person based on the circumstances, which included the K-9 unit’s findings and the defendant’s prior drug history. Because of this, the Court of Appeals of Wisconsin, District II affirmed the trial court’s order denying the defendant’s motion to suppress the drug evidence.

If you were charged with a drug offense in the State of Wisconsin, you are advised to consult with a hardworking Milwaukee criminal defense attorney who can assess your situation and make sure police acted within the parameters of the law. To learn more about your rights and options, contact the law offices of Reddin & Singer, LLP through our website or give us a call today at (414) 271-6400. We may also be reached through our phone number (414) 271-6400.