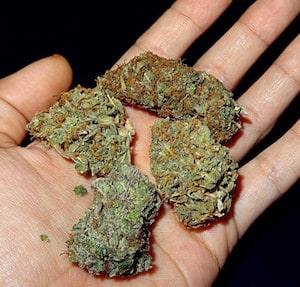 In State v. One 2013, Toyota Corolla/S/LE Four-Door, a Wisconsin man was arrested for selling marijuana in June 2013. According to police, the man utilized a 2013 Toyota Corolla automobile in his drug business. Following his arrest, police seized the vehicle. About one year later, the drug charges were dropped after the man entered into a deferred prosecution agreement with the State of Wisconsin.

A few weeks after the criminal charges were dropped, the state filed an action for forfeiture of the Toyota that was used in connection with the purported crime. In response, the man and the co-owner of the vehicle argued the co-owner was an innocent owner under Wisconsin law. They also claimed forfeiture would violate each person’s rights under the Excessive Fines Clause enumerated in the Eighth Amendment to the United States Constitution. Following an evidentiary hearing, a circuit court found that the innocent owner exception to forfeiture of the car did not apply because the co-owner was a nominal owner. In addition, the court held that forfeiture of the Toyota would not constitute an excessive fine. As a result, the trial court ordered that the vehicle should be forfeited and sold.

On appeal, the Court of Appeals of Wisconsin, District II first analyzed the innocent owner exception to forfeiture under WIS. STAT. § 961.55(1)(d). According to the court, the exception does not apply to a nominal owner of a vehicle. Additionally, the court stated it was up to a supposed owner to establish that he or she was the actual owner of any automobile subject to forfeiture. In order to do so, the court stated “possession, title, control, and financial stake” must be considered. After examining the undisputed facts in the record, the appellate court determined that the co-owner failed to establish she was more than a nominal owner in the Toyota, even though she had a larger financial interest in the car than the man. As a result, the Court of Appeals stated the innocent owner exception did not apply.

Next, the appellate court turned to whether the forfeiture violated the Excessive Fines Clause. According to the court, a forfeiture may not be “grossly disproportional to the gravity of a defendant’s offense.” The court then applied a proportionality test that considered several factors, including the nature of the crime, the law’s purpose, the maximum allowable fine for violating the law, and the actual harm that resulted from the violation of the law. Ultimately, the court held forfeiture would not result in an excessive fine for the man, due to the nature of his offense and his small financial interest in the automobile. Despite this, the court ruled that forfeiture would result in a violation of the co-owner’s constitutional rights, since she was unaware of the man’s criminal activity. As a result, the Court of Appeals of Wisconsin, District II affirmed the circuit court’s decision in part, reversed on the issue of forfeiture of the co-owner’s financial interest in the vehicle, and remanded the case. Despite the result, this case is quite favorable to individuals who have had their property seized.

If you were accused of possessing or selling marijuana in Milwaukee, or if your money or other property has been seized by the police, you are advised to discuss your rights with a knowledgeable criminal attorney as soon as possible. To speak with a veteran Wisconsin criminal lawyer today, contact the law offices of Reddin & Singer, LLP through our website or give us a call at (414) 271-6400.