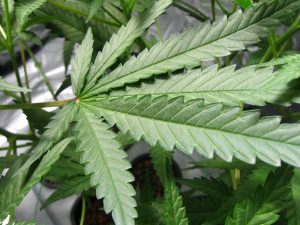 When dealing with drug crimes, one of the tools that law enforcement has in their tool box is the ability to seize assets related to a drug crime and to seek a declaration that such assets have been “forfeited” to the state. This involves a judicial process of getting a court to declare that the assets are sufficiently related to the drug activity that they can be forfeited. Forfeiture can help to reduce drug manufacturing or trafficking by seizing the infrastructure and assets necessary to support such operations. A recent case before the Western District of Wisconsin allowed the forfeiture of property after the discovery of a marijuana grow operation.

In United States v. Real Property Located at 7199 Grant Road, law enforcement officers in Wisconsin obtained a search warrant to search property at 7199 Grant Road, where they believed a marijuana operation was based. Inside the house, they found a grow room containing a wide variety of expensive equipment used to grow marijuana, and marijuana paraphernalia was found throughout the house. The officers also seized marijuana plants from the property. When officers found the owner of the home, Allen Oleson, he admitted that he grew marijuana on the property and had been growing between seven and 14 plants a year for the last 20 years. Later that year, Mr. Oleson was charged with manufacturing marijuana, possession with intent to deliver, and maintaining a drug trafficking location. While the case against him was pending, law enforcement also sought the forfeiture of Mr. Oleson’s property.

Under federal law, property may only be forfeited if the government can show by a preponderance of the evidence that there was a substantial connection between the property and the criminal offense. The relationship between the two must be more than merely incidental. However, courts have acknowledged that the hurdle the government faces is not particularly high. Here, the Western District easily found that Mr. Oleson’s property could be forfeited by virtue of its connection to the manufacture and distribution of marijuana. As Mr. Oleson himself had acknowledged, he had been growing marijuana on the property for over 20 years and sold the marijuana to individuals in his community. Moreover, the property was littered with marijuana growing equipment and drug paraphernalia. Under the circumstances, the court held that the only logical conclusion was that Mr. Oleson’s property had been used in the commission of a crime and was subject to forfeiture. Accordingly, the court granted the motion to forfeit.

If you are a criminal defendant facing drug-related charges, it is important to know that you may face the prospect of the forfeiture of your property, including a home or car that may have been used in the commission of an offense. When dealing with law enforcement and answering questions pertaining to your charges, you should keep this possible consequence in mind. It is advisable to always speak with an attorney before answering law enforcement’s questions. To speak with an experienced Wisconsin drug crime attorney, contact the law offices of Reddin & Singer, LLP through our website or give us a call today at (414) 271-6400.