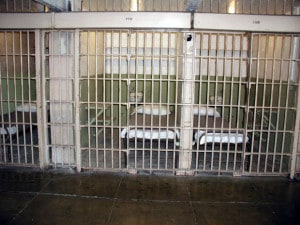 In United States v. Collazo-Santiago, police officers were dispatched to a Deerfield, Wisconsin home due to a reported break-in. After the officers arrived, the owner of the house apparently provided them with permission to search the home for intruders. In the basement, law enforcement officials purportedly discovered scales, marijuana, cocaine, and $35,000 in cash. According to police, the items were located in plain view. Despite this discovery, the officers did not arrest any of the individuals who resided in the home, nor did they pursue formal charges.

About one year later, a driver reported being followed by another vehicle and shot at. After the incident, the motorist provided local police with the license plate number of the vehicle that was following him. The license plate reportedly belonged to the Deerfield homeowner’s adult son and was registered to the address where the earlier break-in occurred. Next, police arrested the homeowner and his son. Following the arrest, law enforcement officers apparently discovered two semiautomatic weapons in the son’s vehicle.

Next, the son was charged with being a felon in possession of a firearm and possession of cocaine with intent to deliver in violation of 21 U.S.C. § 841(a)(1). The drug charge was related to the items discovered about one year earlier following the apparent home invasion. The defendant ultimately waived a formal indictment on the alleged drug crime and pleaded guilty to both charges. He was then sentenced to serve concurrent terms of 90 months in federal prison.

Although the defendant did not file an appeal, he was later granted a 20-month reduction in his drug crime sentence due to a retroactive change in federal sentencing guidelines. Despite this reduction, the man’s concurrent sentence for the firearm violation remained at 90 months. Because of this, the defendant’s sentence was adjusted to 78 months under USSG § 3D1.4. After that, the defendant filed a motion to vacate or amend his drug offense sentence based on his attorney’s allegedly ineffective legal assistance under 28 U.S.C. § 2255. According to the convicted man, his lawyer should have filed a motion to suppress the drug evidence because it was seized in violation of the Fourth Amendment to the United States Constitution.

When considering the defendant’s motion, the Western District of Wisconsin stated the relief the man sought was an extraordinary remedy that is only appropriate where an error of law resulted in a “complete miscarriage of justice.” Next, the court said the defendant waived any jurisdictional defects, including an ineffective assistance of counsel claim, when he chose to enter an unconditional guilty plea. The federal court added that the man failed to offer any basis on which his guilty plea could be considered involuntary. The court also said the defendant did not demonstrate that ineffective assistance was provided by his attorney during the guilty plea process. Because of this, the federal court ruled that the man was ineligible to obtain relief under the statute.

The court next stated the man was not entitled to prevail on his motion for relief due to the concurrent-sentence doctrine, since he did not dispute his 78-month prison sentence that resulted from the firearms charge. Finally, the Western District of Wisconsin denied the defendant’s motion.

If you were accused of committing a drug crime in Milwaukee, you are advised to contact the law offices of Reddin & Singer, LLP online or give us a call today at (414) 271-6400. Our veteran Wisconsin criminal lawyers may also be reached using our phone number (414) 271-6400.