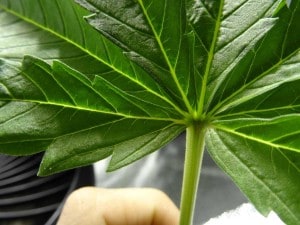 In a criminal trial, evidence must meet certain criteria before it may be introduced to jurors. In United States v. Wilkerson, a man was charged in a Wisconsin federal court with possession of marijuana with intent to distribute, possessing a firearm in order to facilitate drug trafficking, and being a felon in possession of a gun. The arrest was made following a law enforcement search of the man’s residence. After he was charged, the defendant filed a number of motions in limine. In general, such a motion requests that certain evidence be excluded from a case prior to trial.

In his first motion, the defendant asked the judge to prohibit the prosecution from introducing evidence related to various statements he allegedly made after he was arrested but before his home was searched. In addition, the man asked the court to direct the U.S. not to offer evidence indicating the defendant provided police with the keys to his home prior to conducting their search. In response, the government stated it did not oppose the man’s motion to suppress the evidence at issue prior to trial. The prosecution also argued the information should be admitted if the man later chooses to introduce evidence related to how law enforcement officials gained access to the defendant’s residence and certain other related issues. After stating the disputed evidence was excluded as long as the defendant did not open the door to its introduction by placing the issue before the jury, the Eastern District of Wisconsin granted the man’s motion on this issue.

Next, the defendant sought to bar testimony provided by a Drug Enforcement Agency (“DEA”) employee indicating the items uncovered at the man’s residence are typically used in drug trafficking. According to the court, the DEA agent was qualified to provide expert testimony under Rule 702 of the Federal Rules of Evidence because the agent had many years of experience running drug investigations, and he recently served as an expert in a similar case that was filed within the same federal jurisdiction.

The court then dismissed the defendant’s claim that the DEA agent’s testimony would not be helpful to a jury because it was common knowledge that individuals engaged in the sale of drugs typically carry weapons such as firearms. The federal court said that Seventh Circuit precedent states a typical juror is not likely to be well-informed about drug trafficking. As a result, the court held that the agent’s testimony would be helpful to jurors when determining why the defendant may have possessed the weapons found in his home. The court added that the agent was not permitted to offer testimony indicating he knew why the defendant possessed the guns or had insight into the man’s state of mind. Instead, the Eastern District of Wisconsin stated jurors must draw their own conclusions about why the defendant had firearms in his home based on the evidence provided at trial.

Finally, the court refused the defendant’s request to further probe the DEA agent’s testimony outside of the presence of the jury. Instead, the Eastern District of Wisconsin stated it was satisfied the agent’s testimony would be both reliable and admissible due to his long history of service with the DEA.

If you are charged with possessing marijuana or committing another drug crime in Milwaukee, do not hesitate to contact the law offices of Reddin & Singer, LLP through our website or call us at (414) 271-6400 today. We may also be reached using our phone number (414) 271-6400.