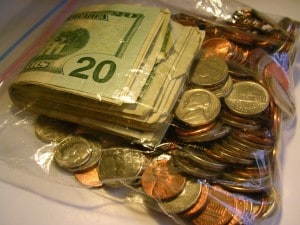 The Supreme Court of Wisconsin has held that a traffic stop may be based on a law enforcement official’s objectively reasonable mistake of law. In State v. Houghton, an East Troy Police Officer conducted a traffic stop on a vehicle that was licensed in Michigan and headed west on Highway 20. According to the officer, he stopped the automobile because it lacked a front license plate, had a decorative item suspended from the rear-view mirror, and had a GPS unit visible on the dash. After pulling the car over, the law enforcement officer apparently requested identification from both the driver and his passenger.

Upon returning to the car, the police officer allegedly smelled marijuana coming from the vehicle. As a result, the law enforcement official conducted a search of the automobile. He apparently uncovered drug paraphernalia, baggies, a digital scale, and almost 250 grams of marijuana. Next, the driver was charged with possessing more than 200 grams of THC with intent to distribute the drug in violation of Wis. Stat. § 961.41(1m)(h)2.

Following a hearing on the matter, the trial court denied the man’s motion to exclude the marijuana evidence. The defendant then pleaded guilty and was sentenced by the court. After that, the defendant filed an appeal. In an unpublished opinion, the Wisconsin Court of Appeals overturned the lower court’s judgment and remanded the case. According to the court, reasonable suspicion may not be predicated on a police officer’s mistake of law. Since the police officer mistakenly believed two license plates are required on a vehicle traveling in Wisconsin and that § 346.88(3)(b) prohibited any objects from being present in the front windshield of a vehicle, the court stated the stop was based on a law enforcement official’s mistake of law.

On appeal, the Supreme Court of Wisconsin addressed whether a law enforcement officer’s reasonable suspicion that a driver is committing or has committed a traffic violation is sufficient cause to conduct a traffic stop in every situation. Ultimately, the high court ruled that it was. After examining the facts of the case, the court stated the officer’s mistake of law was objectively reasonable, even though § 346.88 did not absolutely prohibit items from being placed in the front windshield of a car. Accordingly, the Supreme Court of Wisconsin ruled the trial court did not commit error when it denied the defendant’s motion to suppress the drug evidence because the police officer had sufficient cause to conduct the traffic stop. Ultimately, the Wisconsin Supreme Court reversed the decision of the Court of Appeals.

If you were charged with a drug crime in Milwaukee or anywhere in Wisconsin, you should contact a veteran criminal defense lawyer as soon as possible. To speak with an experienced drug crime attorney today, do not hesitate to contact the law offices of Reddin & Singer, LLP online at www.reddinandsinger.com or by phone at (414) 271-6400.