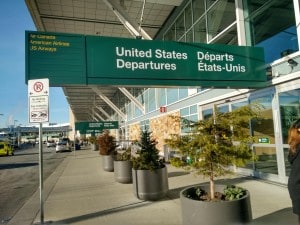 In State of Wisconsin v. Shata, an Egyptian national who resided in the United States for more than two decades was charged with possession of marijuana with intent to deliver in Milwaukee County, Wisconsin. According to prosecutors, the man stored a large quantity of marijuana at a coffee shop he opened in late 2011. Prior to his arrest, local police apparently witnessed the man carry a suspicious cardboard box to a 17-year-old employee’s vehicle. Law enforcement officers then conducted a traffic stop on the car and found about five pounds of marijuana in the box.

Next, police executed a search warrant at the coffee shop and uncovered almost three grams of marijuana and nearly two grams of cocaine. The defendant purportedly told officers the drugs were maintained for his personal use. Both the man and the employee allegedly confessed to selling marijuana that was stored at the coffee shop.

After making his initial appearance, the Egyptian national waived his right to a preliminary hearing and pleaded not guilty to the drug charges. Later, the defendant entered a guilty plea as part of a deal with prosecutors. Pursuant to the plea agreement, prosecutors recommended a prison term of one year followed by two years of probation. In addition, the man’s lawyer apparently warned the defendant on the record that he may be deported as a result of his felony conviction.

Prior to sentencing, the defendant moved to the State of New Jersey. The Milwaukee County Circuit Court then sentenced the man to one year in prison followed by four years of probation that was transferable to New Jersey. In March 2013, the defendant filed a post-conviction motion to withdraw his plea. Although the trial court denied the man’s motion, the Wisconsin Court of Appeals reversed its decision. After that, the State filed an appeal with the Supreme Court of Wisconsin.

On appeal, the defendant argued that he received ineffective assistance of counsel from his trial lawyer. According to the man, he was not informed by his attorney that he would be deported from the U.S. if he agreed to enter a guilty plea despite the provisions enumerated in the nation’s immigration laws. The State of Wisconsin countered that the defendant received effective legal assistance because the man was warned there was a significant chance he would be deported as a result of his guilty plea. Additionally, the State claimed the defendant did not suffer any prejudice, even if his lawyer did fail to provide him with effective legal assistance. In the alternative, the State asked the high court to remand the case on the issue of prejudice.

After reviewing the record, the Supreme Court of Wisconsin held that the man did not receive ineffective legal assistance and should not be allowed to withdraw his guilty plea. The Wisconsin high court ruled that the defendant’s lawyer was only required to provide him with correct legal advice regarding the potential for deportation. The court added that the man’s attorney was not compelled to tell him he would definitely be deported, since such a decision was up to the Department of Homeland Security. Since the defendant’s counsel did not provide him with ineffective legal assistance, the Supreme Court of Wisconsin reversed the Court of Appeals’ decision.

If you were charged with a drug crime in Wisconsin, you need a quality criminal attorney on your side. To discuss your criminal case, contact the law offices of Reddin & Singer, LLP online or give us a call today at (414) 271-6400. Our seasoned Milwaukee criminal defense lawyers may also be reached using our phone number (414) 271-6400.