Your Right to Remain Silent 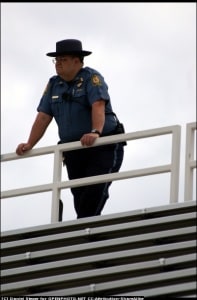 “You have the right to remain silent. Anything you say can and will be used against you in the court of law,” is a familiar line that most of us can probably recognize just from watching television and movies. These lines are an essential part of your Miranda rights. Miranda rights are an essential part of the American criminal justice system intended to prevent an individual from unknowingly forfeiting his or her Fifth Amendment right to remain silent. Put another way, police officers must administer Miranda rights to inform or remind individuals of their right to not self-incriminate.

As stated above, the individual must be in police custody for the Miranda rights requirement to kick in. So, what exactly does it mean to be in custody? For determining custody, courts will typically employ an “objective, reasonable person test.” In other words, whether an individual is in custody will be evaluated on the basis of whether a reasonable person would feel as though he or she had the ability to walk away from the officer. Thus, in some ways, the test bears on a person’s perception of the situation. The officer’s words and conduct will have a large impact on the question of custody. For example, an individual casually speaking to an officer at the state fair might not be in custody, whereas an individual handcuffed and placed in a police car will certainly need to be given Miranda rights.

If you or someone you know was arrested but not given his or her Miranda rights properly, it can make a difference in your case. At Reddin & Singer, our highly skilled Milwaukee criminal defense attorneys have helped countless clients fight for their constitutional rights. We will assess the facts of your case and determine whether your statement was obtained in violation of your constitutional rights. The assistance of a knowledgeable attorney on your side can mean the difference between guilt and innocence. To learn more about your rights and options, contact us online or give us a call at (414) 271-6400.